Carpathian Danubian Centre for Geoecology (CCDG) is a non-guvernamental and non-profit organization since 1996, full member of Foundation of Environmental Education (FEE) since 2006, fully implementing five of its programmes: Blue Flag, Eco-Schools, Learning about Forests (LeAF), Young Reporters for the Environment (YRE) and Green Key. The organisation encourages the schools from Romania to organize various environment awareness projects and find solutions to conserve biodiversity.

All its members are volunteers and the finances come from different resources, such as: the contribution of its members, sponsors, promoting programme projects and levies of the programmes.

FEE is mainly active through five environmental education programmes: Blue Flag, Eco-Schools, Young Reporters for the Environment, Learning about Forests and Green Key. All the information about FEE can be found on the website: www.fee-international.org

informing the civil society and the stakeholders on the environmental issues;
raising the awareness of the public on environmental issues at local, regional and national level;
popularisation of the declared protected areas and marking new areas that need to be protected;
monitoring the polluted areas and the sources of pollution;
attracting young people into the scientific research of the environment;
organising annual seminars (The National Seminar “Partnership in the Education for the Environment”) and partnership for The National Seminar of the Geography Students, in collaboration with the: Centrul de Cercetare a Mediului şi Efectuare a Studiilor de Impact, Faculty of Geography - University from Bucharest and Centrul de Perfecţionare a Profesorilor de Ştiinţele Vieţii şi Pământului. 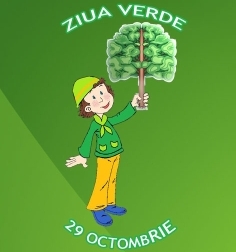